On February 15, 2014 at approximately 15:55 hours the Readington Vol Fire Company was requested by Whitehouse Rescue Squad (22) to assist with extrication on an overturned vehicle in the median. Three Bridges Fire Company (33) and Whitehouse Rescue Squad (22) were dispatched to Rt 202 and Pleasant Run Road for the overturned car. While units were responding BLS on scene requested a medevac helicopter however, they declined due to the heavy snow that was coming down at the time. Due to the snow units responses were slightly delayed. The vehicle was on its side and the driver was trapped inside with injuries. 33 Fire and 22 Rescue began stabilizing the car to prepare for the extrication. The windshield and sunroof were taken out to remove the patient from the vehicle. Squad 32 went in service and by the time crews arrived units on scene were about to remove the patient. The crew from Squad 32 stood by and assisted with whatever was needed on scene since extrication was already completed. Short time after all 32 fire units were cleared while 33 Fire remained on scene until the tow truck arrived to remove the vehicle. Readington Fire Units were cleared by the 16:40 hour mark. 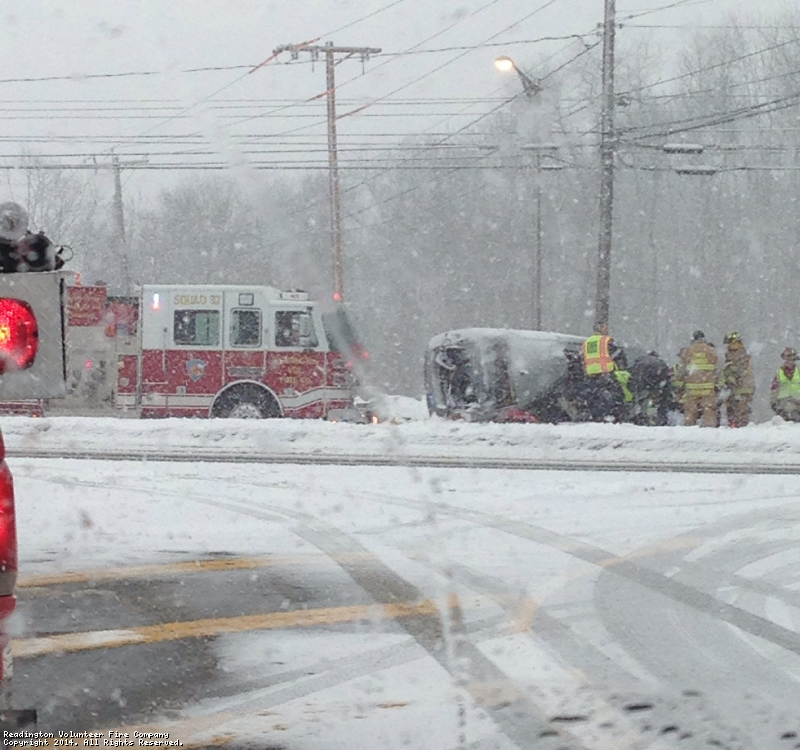 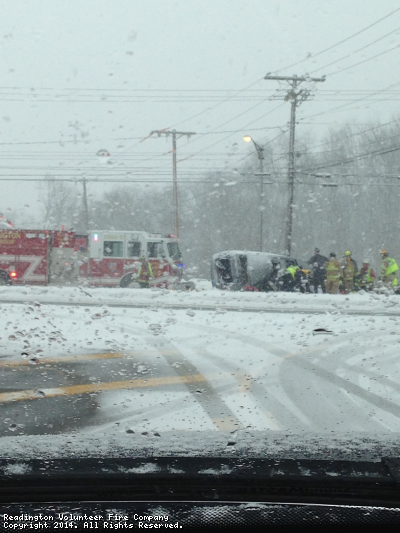 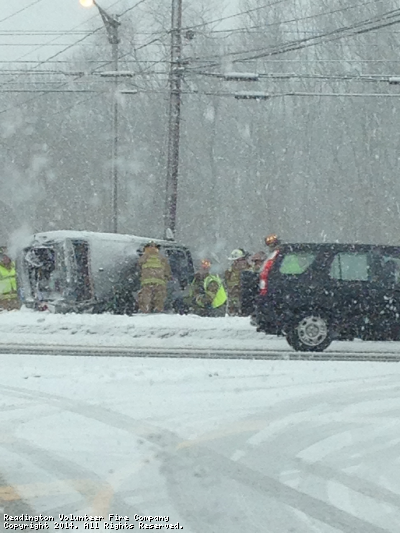 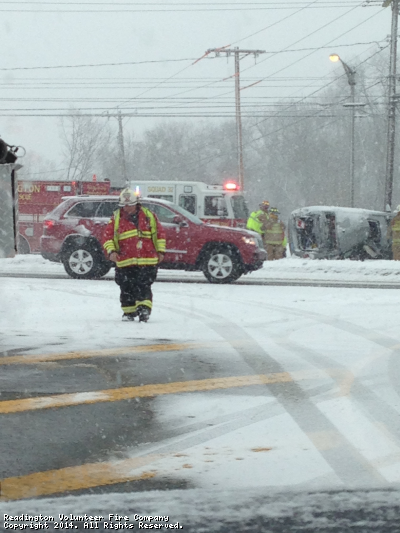 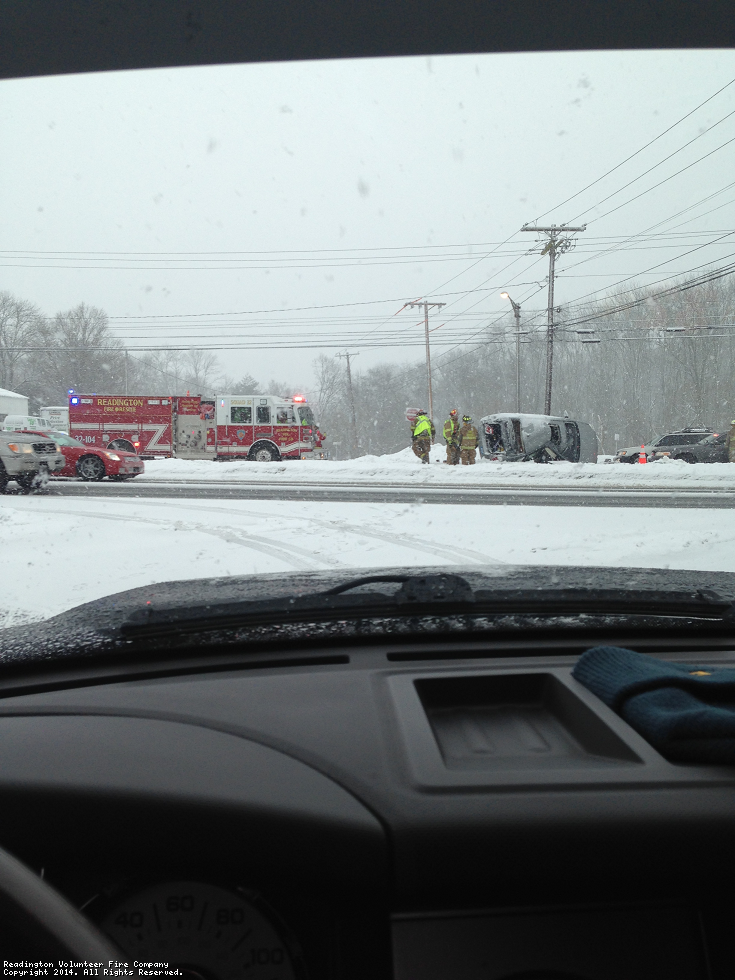 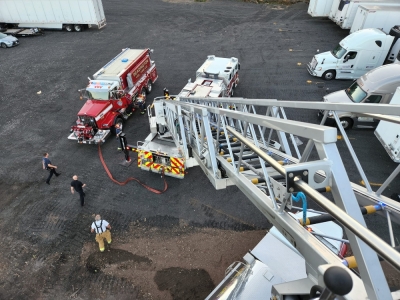 RVFC was dispatched for mutual aid to a reported mulch fire at a Pennsylvania Ave address in Raritan Township. First arriving crews found a large mulch pile on fire with trailers as an exposure. Due to no hydrants in the area, our Tanker along with 2 other mutual aid tankers were requested to the sc...
➜
Tractor Trailer Fire 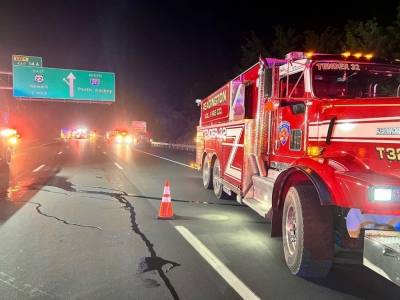 Last evening just prior to 2300hrs Tender 32 was requested into Bridgewater as part of Somerset County Tanker Task Force to Route 287 South for a tractor trailer on fire that contained fireworks. We operated on scene pumping off 1 load of water into Tanker 34, refilled, and returned to water shuttle...
➜
202 MVC 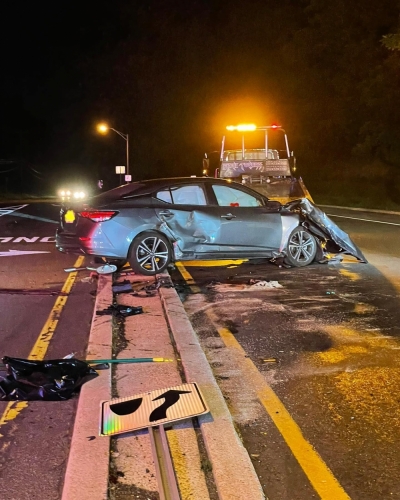 On Saturday night around 2245 hrs RVFC was dispatched to Route 202 South & Holland Brook Rd for the motor vehicle crash with entrapment. @chvfc24 and @branchburgrescue were also dispatched to the incident.
➜
Structure Fire 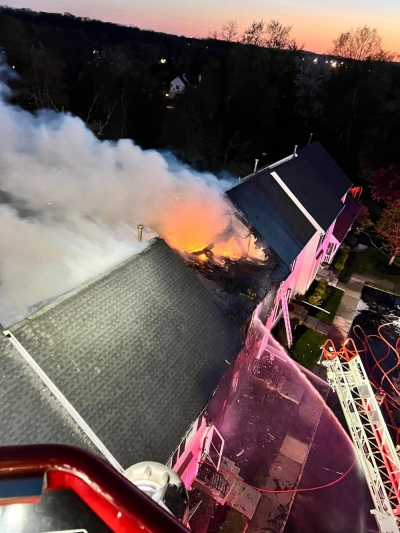 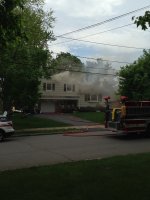 On May 12, 2014 at approximately 13:23 hours the Readington Redcoats were requested for manpower into Bradley Gardens (Bridgewater) for the 2nd alarm structure fire at 104 Karen Place. Chief 34 and Chief 21 arrived initially on scene with heavy smoke showing from the exterior confirming a working fi...
➜
Mutual Aid Structure Fire 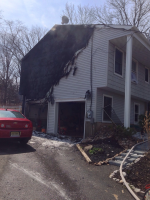 On April 13, 2014 at approximately 13:24 Hours the Readington Redcoats were dispatched with Raritan Twp. Fire Company and Three Bridges Fire Company to Fire box 2108 Level 3 for the reported structure fire at 16 Hillsborough Road in Raritan Twp.
➜
1st Due Structure Fire 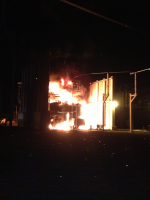 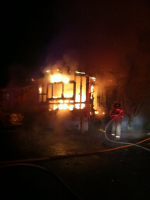 On Tuesday December 3, 2013 at approximately 22:51 hours the Readington Vol Fire Company was dispatched from the request of Chief 24 to 412 Kenbury Road for the fully involved mobile home fire. Country Hills Fire Company (24) and Branchburg Rescue Squad (74) were initially dispatched for the reporte...
➜
Working Vehicle Fire 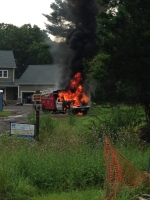 On June 28, 2013 around 0810 hours the Readington Vol Fire Company was dispatched to 14 Centerville Road for a Ford F550 pick up truck with black smoke coming from under the hood. Chief 32 arrived within minutes to find a working truck fire.
➜
3 alarm.... Shed Fire 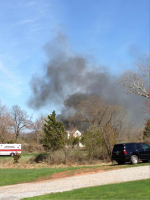 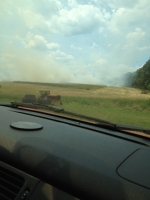 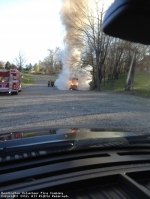 This site has been viewed 211,714 times.
Calls
News
Events
Pictures
Apparatus
Maintained by the members and staff of Readington Volunteer Fire Company. Designated trademarks and brands are the property of their respective owners. Copyright © 2006-2022. YourFirstDue Inc. All Rights Reserved. Content on this web site is supplied by Readington Volunteer Fire Company. YourFirstDue Inc. cannot be held responsible or liable for any content, text, pictures, or any other media found on this web site.
Management login
Powered by