On Dec 1, 2012 the Readington Vol Fire Company participated in the First Annual Somerville Holiday Parade run by the Somerville Fire Department. With a lot of time and fun spent on making Engine 32 light up like a Christmas Tree for the parade, the work paid off. Over 15 member assisted in decorating the engine and coming up with different ideas to make it look good. There was a great turn out at the parade for the first year it took place. Trophies were given in multiple categories for trucks after the parade was over. Engine 32 took 1st place for Best Lighted Pumper of the parade. We were glad to participate and Thank Somerville Fire Department for putting this event on. Congrats to all the other Fire Companies who also received awards and trophies. Job well done by all.

Engine 32 also participated the next day in the Flemington Parade on December 2, 2012 to spread the fun and show off the truck since it was already decorated. Thank You also to Flemington. 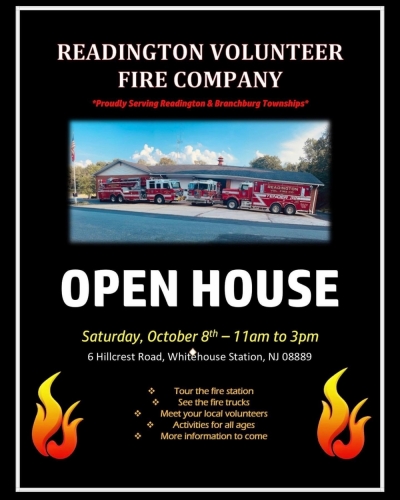 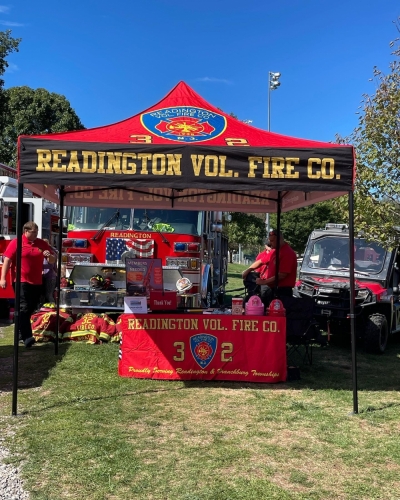 Members of our department attended the 25th anniversary of the Branchburg Country Fair.
Balloon Fest 2022 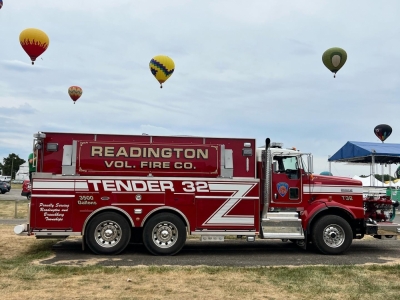 This weekend RVFC was standing by for NJ Balloon Fest weekend. Our agency was on site for fire prevention open to close all three days. The total of 3 days, 44 hours, and with average of 12 VOLUNTEERS on site throughout the days that is 528 person hours for the weekend.
➜
Remember every second counts!!!

With the snow season finally upon us remember we're all on the same team...Thanks in advance from all of us at RVFC and stay safe!!
Lilly and KDC Solar Ribbon Cutting Ceremony 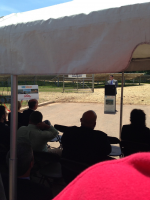 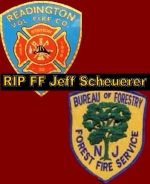 On Friday March 28 Readington Fire will be placing a wreath at the site of the future Memorial for Jeff Scheuerer. This Ceremony has been arranged by the NJ Forestry Service. We welcome anyone who would like to attend this memorial and help us remember our brother.
➜
Apparatus Accident
Last night there was a motor vehicle accident involving one of our apparatus. The driver was treated at the hospital and released early this morning. A big Thank You to all who have reached out and offered support and concern.
➜
Ex LT. Dan Kaplan Graduates Fire Academy 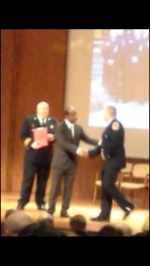 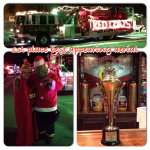 On December 7, 2013 the Readington Vol Fire Company participated in the 2nd Annual Somerville Light Parade hosted by Somerville Fire Department. Members from the Redcoats worked together multiple days and decorated Tower 32 with a "Grinch Theme." While making pieces so the truck could be q...
➜
Readington Vol Fire Company gets 2nd Best Appearing Tender 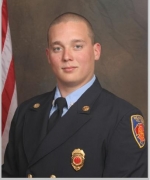 Today the Readington Volunteer Fire Company had some visitors. Congressman Leonard Lance along with Assembly members Kip Bateman and Donna Simon came to the firehouse to present us a check for $43,650. This check represents the award from the Assistance to Firefighters Grant program. This award is f...
➜
Donations in memory of Jeff Scheuerer
At the families request in lieu of flowers please send donations to: Readington Volunteer Fire Company 6 Hillcrest Road Whitehouse Station, NJ 08889 Thank you again for all your support!
**UPDATED**Services information for Jeff Scheuerer
SERVICES INFORMATION Monday 4/1 will be the viewing Kearns Funeral Home, 103 Old Highway 28, Whitehouse, NJ 08888 2p-5p and 7p-9p(with a fireman's service) Tuesday 4/2 will be the funeral 8:30-9am fire departments at the church 10 am at the Church services will begin Ou...
➜
Passing of FF Jeff Scheuerer 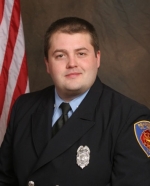 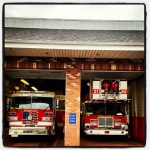 The Readington Vol. Fire Co. assisted Raritan Township Fire Co. (Station 21) with a stand by crew of 5 in order to cover calls in the township while RTFC attends services for member FF/EMT Collin Abrams who lost his life in a tragic accident this past week.
➜
6 Members attend HCESTC Pump Class 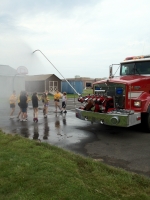 This site has been viewed 214,746 times.
Calls
News
Events
Pictures
Apparatus
Maintained by the members and staff of Readington Volunteer Fire Company. Designated trademarks and brands are the property of their respective owners. Copyright © 2006-2022. YourFirstDue Inc. All Rights Reserved. Content on this web site is supplied by Readington Volunteer Fire Company. YourFirstDue Inc. cannot be held responsible or liable for any content, text, pictures, or any other media found on this web site.
Management login
Powered by